Now reading: Smudge Sticks: Best Brands, Scents & How to Use Them at Home
Share
PrevNext

If you’ve ever noticed a delicious, grounding, earthy scent at your local yoga studio, it’s likely because your teacher used a smudge stick as a form of aromatherapy and to purify the space.

Smudge sticks are bundles of herbs – white sage, lavender, or Yerba Santo – bound together by twine.

Burning these herbs in order to prevent illness, ward off negative energy, or cleanse a space, person or group, is a tradition that goes back thousands of years. Native Americans used sage and sweetgrass in ceremonies. Plants have been used for their healing properties across many cultures since the beginning of time.

When you smudge, you’re participating in a sacred, ancient ritual.

Inhaling these scents, it’s easier to tune into your own subtle energy and the energy of the space you’re in. For most people, the scent of smudge sticks is calming on a soul level.

Use this form of aromatherapy to reduce stress, balance your energy, and cleanse your home. Burning smudge sticks also helps create a spiritual atmosphere for your yoga or meditation practice.

We love the smudge sticks from Shamans Market since they are eco-friendly, organic, natural, artisan-made, and fair trade. In addition, Shamans Market supports non-profits that help the both Amazon rainforest and its indigenous peoples.

Which herbs are right for you?

White Sage is regarded as especially sacred in the Native American tradition since it serves a variety of purposes: warding off evil spirits, fending off infections and purifying the body.

Lavender, often called “the mother plant” by healers, is rich with medicinal qualities, having dozens of applications. Lavender is soothing, calming and long associated with Anahata, the heart chakra.

This plant is known for being especially healing for headaches, coughs, and stomach issues. It also smells fantastic and is a natural deodorizer.

Powerful black sage is said to be the choice herb of Shamans. Its heavy scent draws your consciousness and energy into other realms. Also a great insect repellent.

Blue Sage’s light, heavenly scent is perfect for cleansing the energy of your house and facilitating relaxation.

Need ideas on how to use your smudge stick?

1)     Leave a smoking smudge stick at the top of your mat during yoga. Or on your alter during meditation.

2)     Cleanse yourself or someone else by lighting your smudge stick, standing with your legs and arms spreads apart and tracing the smoke around your head and limbs.

3)     Purify a room in your house by walking with a smoking smudge stick around to each corner and wafting the smoke everywhere with your hands.

4)     Purifying an object (like a card deck or crystal) by holding it above the smoke.

Remember, the safe way to smudge is to hold the smudge stick upside down, light it from underneath, and then blow out the flame – so it’s smoking, but no longer lit. Place the smudge stick in a bowl to catch any ash. 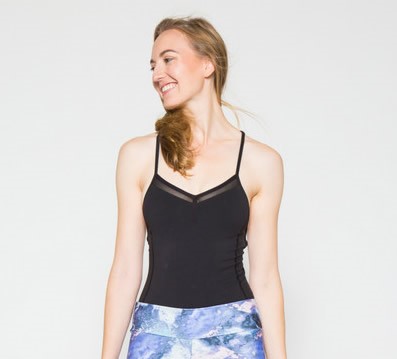 Brett Larkin teaches yoga and meditation on her YouTube channel, where thousands of students have studied with her for more than 10 million minutes. Find her "yoga hacks," yoga teacher training tips, and free yoga/meditation classes at BrettLarkin.com.